At LASER World of PHOTONICS 2019, AMS Technologies presents a DPSS laser that switches from pulse to pulse between four wavelengths – at a frequency of 2 kHz

Martinsried, Germany, May 13th, 2019 – At the LASER World of Photonics trade show (Munich, Germany, June 24-27, 2019), AMS Technologies presents a diode-pumped solid-state laser that emits very short laser pulses (< 5 ns) of high energy (up to 20 µJ) with four wavelengths in the visible range, which are particularly suitable for multispectral photoacoustic imaging. Using sophisticated technology, the TETRA laser can switch from pulse to pulse between these four wavelengths with a very high pulse repetition frequency of 2 kHz.

Based on a technical concept presented earlier this year at Photonics West, AMS Technologies now launches a production-ready DPSS laser model, TETRA, at the LASER World of Photonics trade fair – the result of intensive product development. The laser specialists at AMS Technologies’ subsidiary Elforlight succeeded in doubling the maximum switching frequency from wavelength to wavelength compared to the early concept to 2 kHz.

Utilizing the Raman effect and the light of a 532 nm pump laser, the TETRA laser additionally generates the wavelengths 555 nm, 579 nm and 606 nm. A tunable optical filter separates the four wavelengths and routes one wavelength at a time to the optical output of the unit at a switching frequency of up to 2 kHz. This makes TETRA about ten times faster than tunable lasers based on OPOs (Optical Parametric Oscillators) – typical frequencies of such OPO systems range from 100 Hz to 200 Hz – while also being considerably more cost-effective.

TETRA consists of two separate units: one box contains the electronics for the entire power supply and incorporates the pump laser diode. The output of this laser diode is coupled via an optical fiber to the second case, which contains the actual laser head. Due to this design, the thermal loss of the electronics and the pump diode is dissipated only in the power supply unit, and the laser head benefits from reduced thermal loading. In addition, the pump laser diode can be easily replaced at end of life without affecting the alignment of the geometry in the laser head.

Ideal for Photoacoustic Tomography in Biomedicine

The wavelengths emitted by TETRA are well matched to the absorption curves of many blood components, making the laser particularly suitable for photoacoustic tomography in biomedicine. In this technology, laser pulses stimulate organic structures to emit ultrasound waves, which are captured by suitable sensors and converted into image information. Particularly short laser pulses, such as those emitted by TETRA, generate ultrasound signals of higher frequency, which in turn lead to a better spatial resolution of the resulting images. As a further development of this method, multispectral photo-acoustic tomography uses different laser wavelengths to detect and distinguish different biomaterials.

Here the ability to switch quickly between different wavelengths offers clear advantages: during a scan of biological tissue, the absorption of four different wavelengths instead of one single wavelength can now be measured quasi-simultaneously at each individual pixel at a comparable frame rate. This avoids artifacts that can occur with multiple sequential complete scans with one wavelength each.

AMS Technologies has equipped the laser with a number of features to meet the requirements of medical safety standards for use in clinical environments. For instance a fast, fault-tolerant shutter at the laser output interrupts the beam in the event of a fault in the shortest possible time in order to avoid any hazards to a patient. With this and other features aimed at medical applications, TETRA is now ready for making its way to medical approval.

Customer-specific Variants for Many Other Applications

Although TETRA has been developed specifically to meet the requirements of multispectral photoacoustic imaging, the technology can certainly be used for many other applications as well. Based on TETRA, AMS Technologies is ready to develop customer-specific versions that offer different wavelengths or significantly higher repetition frequencies at significantly lower pulse energy – and thus cover an even broader spectrum of requirements.

AMS Technologies will present the new TETRA laser system at the LASER World of PHOTONICS trade fair from 24 to 27 June 2019 at the Munich Exhibition Centre in Hall B2, Stand B2/203, where laser experts from Elforlight (an AMS Technologies company) will be on hand to discuss the many potential applications for TETRA with interested parties.

For more than 35 years, AMS Technologies has supported the European market with leading, innovative technologies and products that allow our customers to take a prime position in their chosen markets.
AMS Technologies delivers solutions into a variety of high-tech markets, including renewable energies, medical, defence & aerospace, research & scientific and various other industrial segments. Our customer base consists of Europe’s largest leading technology corporations, a network of universities and research institutes as well as the most promising start-ups.

We thrive by working in a ‘customer first’ environment. Our pan-European customers are serviced from a network of local offices in Germany, the UK, France, Italy, Spain, Poland and Sweden, with a focused operations and logistics centre located in Munich, Germany. 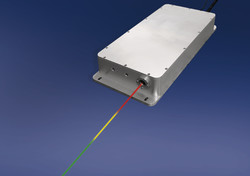 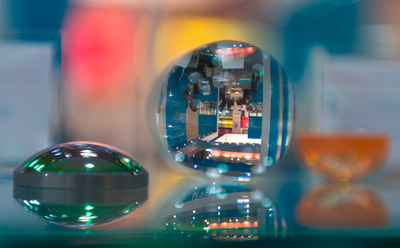 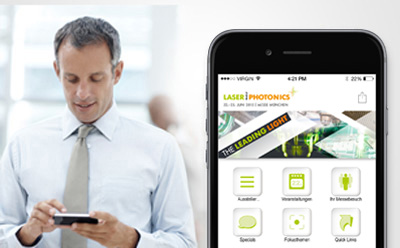